Can you Plug Power Strip into Surge Protector?

Connecting the power strip to the surge protector is a common practice as it extends the reach of protection against power spikes and surges.

However, beware of the load capacity of the power strip and surge protector and wrong daisy-chaining to avoid mishaps.

You can plug a power strip into a surge protector but ensure the latter is directly connected to the well-grounded wall, where both devices are heavy-duty and avoid daisy-chaining multiple power strips.

Moreover, it is safe to plug a power strip into a surge protector as long as the power strip bears no load protection.

You risk damaging expensive devices connected to the power strip when done incorrectly.

Sounds confusing? Read on to figure out how to connect the power strip and surge protector with the least risk.

Can you Plug a Power Strip into Surge Protector?

The short answer is yes! A power strip allows plugging multiple appliances into one.

On the other hand, a surge protector is a type of power strip that helps withstand sudden power surges to keep your devices safe.

Otherwise, you will be typically daisy-chaining two surge protectors that may cause a massive mishap.

The general lack of knowledge about each device’s use and limitations leads to misuse by unaware users, causing fire hazards and mishaps.

Here are the differences between a power strip and a surge protector.

Is it Safe to Plug-in Power Strips into Surge Protectors?

Yes, it is safe to plug power strips into surge protectors, but it comes with its complications.

It will yield better results if you use a surge protector with a built-in power strip and connect an external power strip.

MOVs (Metal Oxide Varistors are typically made from a small disk-shaped metal zinc oxide material) are used in surge protectors to suppress and mitigate power surges by absorbing the excess electrical surges.

Even if a surge occurs, the MOVs short circuit the terminals, preventing it from passing through the power strip to the appliances and negating the effect of power surges.

You are protected from surges without worrying about whether the power strip has enough capacity to handle them.

However, it may be unsafe to daisy-chain multiple power strips to the surge protector as it increases the likelihood of overloaded circuits and fire hazards.

EHS Fact Sheet points out that you should avoid using a power strip for longer than 90 days as the wiring is no longer temporary at this point.

OSHA (US regulations) forbids connecting one power strip to another as it is one of the primary causes of fires due to overload.

Although there are no laws, you should avoid daisy-chaining two or more power strips as basic common sense.

What Appliances to Connect to the Power Strip?

Remember whether the surge protector and the power strip can handle the load of multiple devices.

For instance, if the power strip has a 14-gauge cord, you should ensure the plugged-in appliances do not exceed this limit as it can heat the cord significantly.

You need not worry about connecting regular appliances like table lamps, table fans, computers, and laptops that use fewer amps (0.1-3 amps) to the power strip.

Avoid plugging heavy-duty appliances like the heater, microwave, vacuum cleaner, and washing machine into the power strip with a 14-gauge cord as it takes up significant amps.

For example, a 20-amp water heater and 9-amp vacuum cleaner will require a 10-gauge cord or less (the lesser, the more robust), which your power strip with a 14-gauge cord may fail to provide.

Even if you use one, care to use a ten gauge cord with a long strip, about 50 feet, to prevent a heated cable.

A Quora commenter states, “The part that matters is amps. We don’t want to use a light gauge wire for a gadget that pulls more amps than the wire can handle before it gets too hot.

Plugging heavy-duty appliances to the daisy-chained power strip would work fine until the latter is connected directly to the wall outlet. Moreover, ensure it has an appropriate wire gauge.

As reported by OSHA, a worker was badly electrocuted from a daisy-chained power strip to a high volt extension cord resulting in death from acute cardiac dysrhythmia.

Power strips and surge protectors are only approved for plugging a maximum of four or six devices.

Can you Use a Power Strip as a Surge Protector?

It is recommended not to use the power strip as the surge protector because it is not designed to provide protection.

A power strip is only a power outlet designed to offer convenience but protection from power overloads or surges.

Surge protectors are better for situations like this. Therefore, you should always avoid connecting high-capacity appliances to a power strip to prevent damage from surges.

Even if you do, using a low-gauge power strip with a longer wire is recommended.

Lastly, here are some essential giveaways to safely ensure you use the electrical outlets.

Daisy-chaining power strip to a surge protector would work fine most of the time, but it is always best to take necessary precautions.

Follow this guide to daisy-chain two electrical outlets to avoid mishaps properly. A power strip alone can be used for soft and heavy appliances.

However, remember to choose one with a proper joule and gauge rating.

Related Article: Is It Safe to Daisy-Chain Surge Protector?

How to Build a DIY Gaming Desk: Step by Step Guide 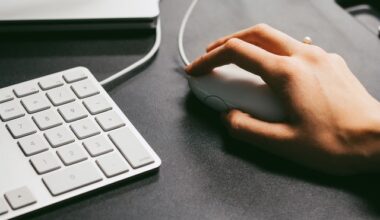 Read More
EEquipments
Have you ever heard the saying, “How you grip a computer mouse tells a lot about you as…

Read More
HHome Office
Are you confused between choosing a docking station or a KVM switch? Let us start by answering this… 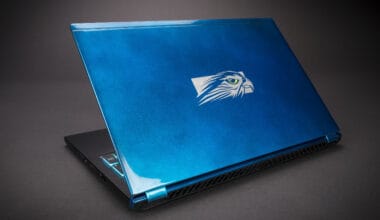 Read More
HHome Office
Laptops are available only in a few standard colors like; grey, black and white. You might have decorated…

Read More
EEquipments
It is not unusual to own separate recreational spaces to indulge in serious gaming or casual game time.… 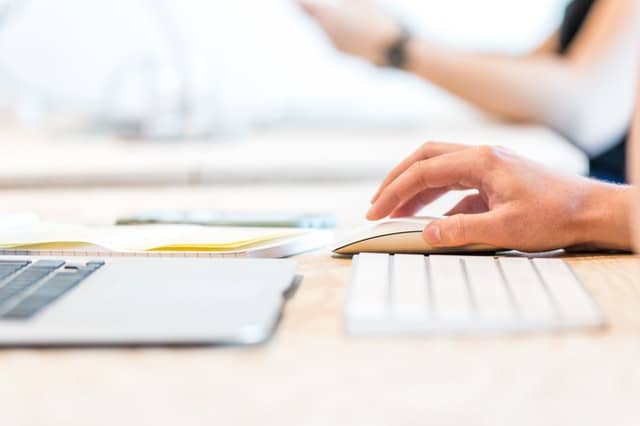 Read More
HHome Office
As someone who spends a significant amount of time on the computer, I can confirm that it is…

Read More
HHome Office
Arranging furniture in a small home office space can be tricky, especially when you have all the essential…