Is it Safe to Hot Plug HDMI Cable?

Hot-plugging HDMI cable from the monitor to the laptop used to work all the time, except when I blew up the monitor display one time.

Much to my surprise, I managed to short-circuit the device due to constant hot-plugging that had worn out the HDMI connector.

Hot-Plugging HDMI is entirely safe when the devices are hot-pluggable and done correctly but beware of hot-plugging devices that do not allow this feature as it risks damage from static discharge.

Although it is safe to hot-plug HDMI when the devices allow hot-plugging, sometimes it may encounter a problem from prior damage or when the connector has worn out.

Let us determine when hot-plugging HMDI cables are safe and how to do it properly to avoid unforeseen damages.

What does HDMI Hot-Plug Mean?

“Hot-plugging” refers to plugging the HDMI cable into the HDMI port of the display (sink device) or output (source device) when both the devices are still on, without physically damaging them.

Turning off the device each time you try to connect the HDMI, also known as cold plugging, would be cumbersome.

Hence, hot-plugging was introduced to prevent this problem and connect two devices without shutting them down or rebooting.

According to Point Clicker, “hot” essentially denotes that the HDMI socket is live during the plugging process.

Almost every device with HDMI capability supports hot-plugging nowadays because it is convenient and saves time.

How does HDMI Plug Detection Work?

Hot-plug detection would work when the active source device detects sink devices through a communication mechanism evoked by an HDMI connection.

One forum commenter points out that when an HDMI cable is inserted between the two devices, the resulting hot-plug detection instantiates a start-up communication sequence.

If you are wondering, hot-plugging is made possible by a single pin or pins in the connector making contact that initiates the process.

On the other hand, the connection is fully established when the HDMI connector and port make a handshake (complete insertion).

The HDMI cable would not transfer video and audio interfaces to the sink device without the latter.

Many devices allow hot-plugging because it is convenient; hence, it is not bad until it is done correctly and the HDMI cable or concerned ports have no structural issues.

Despite saying that, hot-pluggable is not a zero risk. Let us take a look at a few risks of HDMI hot plugging.

ESD is one of the significant concerns with the hot-pluggable device because the HDMI cable carries some electrical discharge, 5 volts when connected.

A sudden or momentary flow of electric current could cause electrical short, electrostatic discharge, or electrical spark.

There is an inherent risk of an electrical spark inflicting on the device whenever you hot plug the HDMI.

The risk will tremendously increase when trying to hot-plug a non hot-pluggable device; hence, you should check first whether the device allows hot-plugging.

You can prevent it by keeping the sink device turned off when connecting the HDMI plug to the source device.

Otherwise, connect the HDMI plug before turning on the source and sink devices.

Some monitors may encounter unwanted behavior when you connect or reconnect the HDMI plug or when a monitor goes to sleep.

It transmits a signal indicating that it is powering down. The system’s video drivers or Operative System interpret it as the monitor is unplugged.

This causes the Operating System to rearrange desktop spaces and windows unpleasantly.

As a solution, you should always turn off the monitor before connecting it to the source device. Once the HDMI plug is in, you can turn on the monitor.

One significant disadvantage of continuously hot-plugging HDMI cable is that the connector wears out after a while.

You would know this when the connector fails to establish the connection even after connecting and disconnecting the HDMI plug multiple times.

The electric discharge will damage the pin or pins of the connector, causing faulty connectors.

As one Redditor points out, the hot-swap sockets can eventually wear out. However, it’s supposed to take like 500 swaps before that happens.

Hence, it would help to minimize frequent hot plugging to prevent the HDMI connector from wearing out.

The two phrases; hot-plugging and hot-swapping are often used interchangeably. However, there are a few differences.

The latter is more useful when replacing a part when it breaks down, becomes faulty, or needs switching to maintain a running system.

For example: Replacing an external hard drive on a running system without cold plugging.

The hard drive is a traditionally cold-pluggable unit, but with the help of new technology, it can be hot-swapped without worrying about damaging the system or component.

You may be interested in reading; Should you get a hot-swappable keyboard?

Are There Any Hot-Plug Connections Other Than HDMI?

HDMI alone is not the only hot-pluggable connector. Today, almost every video/display port allows hot-plugging similar to HDMI.

DisplayPort, VGA, DVI, and Thunderbolt all video ports are a few examples of hot-pluggable connections.

They carry the same risk as an HDMI cable when it comes to hot-plugging in an incorrect manner; hence, remember to adopt safety while hot-plugging them.

Read more: Can you plug power strip into surge protector?

Hot-plugging HDMI is an essential and in-handy feature because not many users know the difference between hot or cold plugging.

Although an inherent feature, HDMI hot-plugging may turn into trouble when not done correctly.

An HDMI plug will naturally wear out after a prolonged period, causing faulty connection and other problems.

Therefore, ensure to keep your devices and peripherals up to date by replacing them regularly.

Related Article: Is it safe to daisy chain surge protector?

Should your Desk Face the Wall? 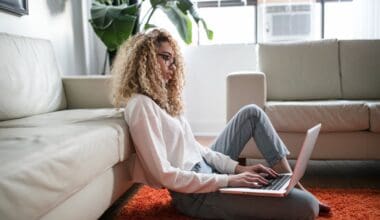 Read More
HHome Office
Work from home has become a common work module since the pandemic hit. While working from home is…

Read More
HHome Office
Isn’t it frustrating to find your mouse starts acting odd when you hook up a second monitor, especially…

Read More
HHome Office
A quality wireless mouse will stop working when the batteries are depleted, but not all mice are smart…

Read More
HHome Office
Does your regular mouse seem too restricted to do anything other than the light tasks? If so, switching…

Read More
HHome Office
A laptop screen can feel a bit too limiting, especially for work and gaming that requires a larger…